Travel to the Porthcawl

Porthcawl was originally a port for the iron and steel industries and still has some interesting features from that period including the oldest maritime warehouse in Wales, an attractive harbour and the last coal and gas powered lighthouse in Wales.

In the late nineteenth and early twentieth century it was transformed into an attractive seaside resort which continues to delight the visitor. At the western end of the resort is the world famous Royal Porthcawl golf course, the finest course in Wales and one of several courses in the area. A rocky promontory with spectacular sea views separates the golf course from the main part of the town including the harbour and the expansive sandy beach to the east.

Coney Beach, a fairground with a variety of rides and amusements was named as a tribute to the famous New York amusement park on Coney Island. The town has an attractive high street with numerous shops and the fascinating Grand Pavilion offers theatre and a pleasant bar. There is good bathing from several beaches and the Atlantic swell ensures there is often excellent surfing.

The original building was begun in 1854; the architect was George Derent who was also the architect for most of Porthcawl town centre. John Brogden of Clitheroe in Lancashire was the owner of a large business that was responsible for many railway and coal projects in the North West including Victoria Station in Manchester and the viaduct to Miles Platting. He and his family purchased a large area of the South Wales coalfield in the Ogmore Valley and also purchased a large area of land in Porthcawl. A house was built on the site as a private residence and was called “New House” being completed about 1860. This lasted for only a few years before being expanded to a larger property and renamed “Seaview Bank”.

The price includes entertainment and an excursion. 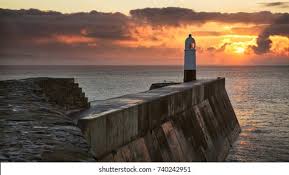 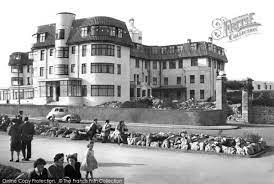