Ilfracombe is the premier holiday resort in North Devon. It enjoys a setting of rare beauty amongst the breath taking scenery of Exmoor and the North Devon coastline and boasts a range of activities, attractions and events to suit all age groups.

The town nestles in the hills and cliffs of Capstone and Hillsborough which overlook the recently re-developed harbour. There are splendid walks along the Coastal Path including the famous Torrs walks, or swimming at the Tunnel beaches, which were first developed in the Victorian period. The Landmark Theatre, directly opposite the Imperial Hotel, provides high quality comedy, drama and music in its state-of-the-art auditorium.

The Imperial Hotel stands in a prime position, looking out over Wildersmouth Beach between the Capstone and Southern Slopes, commanding what is only too rare in Ilfracombe, a close view of the sea. Surprisingly the meadows of the Wilder Brook were not developed until the late 19th century. Maps as late as the 1870’s show open fields and burgage plots running down the hillside from the backs of High Street properties, with the Ilfracombe Hotel (built in 1867) standing in glorious isolation on the site of the present Landmark. The properties on the one street leading down, Market Street, turn backs on the sea, facing in towards the market halls. Maybe it was the nature of the ground, marshy or sandy (the latter was a problem nearer the harbour), that discouraged building here, but it was not until the 1880’s that sea facing buildings were erected. The Cecil (recently rebuilt as apartments) was originally built in 1885 and The Imperial Hotel came soon after.

Price includes an excursion and entertainment……..and not to mention………1/2 priced bar (every night) 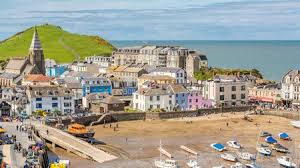 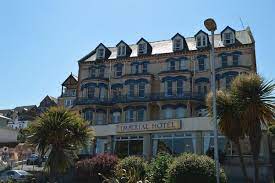